Forex traders love anything that provides them with an edge over the market. Fibonacci retracements are designed to do just this by allowing traders to make educated guesses about price levels where there is likely more buying or selling demand.

The reason why Fibonacci retracements are essential is that they can be used as a guide for traders. For example, if prices increase by 1% and then fall back down by 1%, this would represent a 100% retracement – or double the amount gained initially. This pattern exists throughout all time frames (i.e., trading hours), but it’s most effective during major market movements where large institutions are trading vast volumes of currency.

What is a Fibonacci retracement in forex trading?

A Fibonacci retracement is a term used in forex trading that refers to a geometric pattern of lines on a chart which is often used as a tool for traders. The word “retracement” is taken from the fact that these lines can be drawn by drawing two trend lines along with high or low prices and then taking a percentage of those two price points. This percentage represents how much percent loss or gain has been experienced from the original change in trend.

These patterns are named after Leonardo Fibonacci, an Italian mathematician born around 1170 AD. He discovered a sequence of numbers where any number was found by adding up the two preceding numbers: 1+1=2; 2+1=3; 3+2=5; 5+3=8; 8+5=13, and so on. Although Fibonacci was not the first to study these numbers, he studied them extensively and used his findings in other areas of mathematics.

When to use Fibonacci retracements

Forex traders use Fibonacci retracements frequently when buying low and selling high. There is often a dip in the market after a big surge higher – if you can guess that price level correctly, you have a good chance of catching some upturns as it returns towards the original base level before it broke out higher.

To figure out how much upturn we should expect, we take the highest point reached during the rally and go backwards using Fibonacci ratios of 61.8%, 50% and 38%. You should expect to make around half of your potential profit if you buy at the level where the price action returns towards the starting point before continuing higher.

You can also guess that there will be a strong surge lower after an uptrend has been broken by looking for retracements off the swing highs. This method is not quite as popular as figuring out which way to trade after an uptrend break because it considers selling demand rather than buying demand. It’s still helpful to know how these levels work so you have more information about what might happen next in a market move.

How to use Fibonacci retracements

To calculate these support levels using Fibonacci retracements, draw a trend line from one swing low to the next and then apply a Fibonacci ratio across this trend line. After a market has consolidated, traders will look for a retracement of the swing highs or lows as an opportunity to enter with a view of profiting from a continuation in the prevailing trend.

See also  How to Successfully Run Your Next Virtual Conference

Also, some people use Fibonacci retracements to predict the same levels where they will enter into buying or selling positions – but that’s just lousy trading because nobody can predict the market accurately every time. However, when you combine this with good money management techniques, it can be a valuable addition to your set of tools.

Fibonacci retracement levels are best used in conjunction with other forms of technical analysis. They should ideally be applied to longer-dated charts around 50 periods back so that the potential profit calculated is not too small for you to trade safely and profitably. As always, though, make sure you test out any new technique before you commit real money by practising on demo accounts offered by Saxo bank. 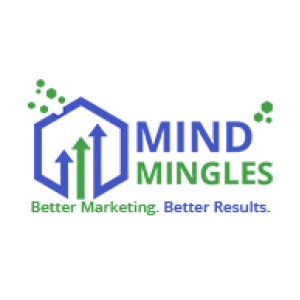 How to Successfully Run Your Next Virtual Conference

A Brief Overview Of How Shock Absorbers Work For Large Vehicles

5 Things You Should Know About Code Signing Certificates